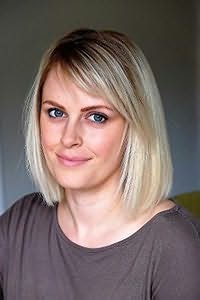 Holly Cave was born in Devon, UK, in 1983. She has a BSc in Biology and an MSc in Science Communication from Imperial College London. She spent four years working at the Science Museum in London. After a career break to travel the world, Holly became a freelance writer and now writes about science and technology alongside her fiction work. She lives in Bedfordshire with her husband, son and dog.

THE MEMORY CHAMBER is her first novel with Quercus UK. She self-published THE GENERATION in 2015, and also wrote a number of unpublished works with her father on his typewriter in the 1990s.

Things in Jars (2019)
Jess Kidd
"hings in Jars drew me in from the first sentence and held me, transfixed. Utterly beguiling and original, Jess Kidd writes so beautifully that every sentence was a delight. This novel deserves to soar."