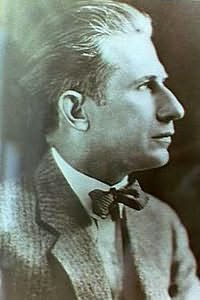 (1878 - 1927)
James Oliver Curwood lived most of his life in Owosso, Michigan, where he was born on June 12, 1878. His first novel was The Courage of Captain Plum (1908) and he published one or two novels each year thereafter, until his death on August 13, 1927. Owosso residents honor his name to this day, and Curwood Castle (built in 1922) is the town's main tourist attraction. During the 1920s Curwood became one of America's best selling and most highly paid authors. This was the decade of his lasting classics The Valley of Silent Men (1920) and The Flaming Forest (1921). He and his wife Ethel were outdoors fanatics and active conservationists.