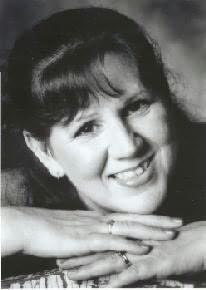 Australia (b.1959)
Marianne Curley was born in Windsor, New South Wales, and lived on a property hugging the Hawkesbury River until a flood washed away the family home and all their belongings. She can still remember coming home from school with her older brothers and sister, dropping bags on the back verandah and racing each other for the river. Her brothers always won and proceeded to try and drown both her and her sister.

The family moved to a small farm on the outskirts of Sydney, and with no close neighbours. Marianne soon discovered her love of books, becoming a school librarian at the age of nine.

Her first job was a secretary for a solicitor in a government legal department, where she was introduced to computers, which soon became her second-favourite pastime. After marrying and having three children Marianne and her young family moved to Coffs Harbour. It was there, surrounded by beaches, rainforests and fresh clean air, that Marianne began to write.

Returning to the work force as a teacher of adult education, Marianne took writing courses, experimenting with different styles and techniques. She found writing for young adults the most challenging and satisfying.

Today she has three teenage children, whose conversations and experiences inspire her writing. They are also her fiercest critics, making sure that everything she writes is authentic, entertaining, and believable.