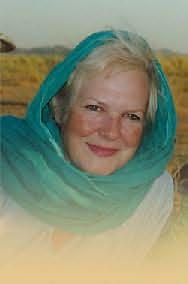 Sarah Challis, whose father is the distinguished cinematographer, Christopher Challis, travelled widely with film units as a child. She has since lived in Scotland and California but is now happily settled in a Dorset village with three rescued dogs and three chickens. She is married with four sons.
Novels
Killing Helen (2000)
Turning for Home (2001)
Blackthorn Winter (2003)
On Dancing Hill (2004)
Jumping to Conclusions (2005)
Footprints in the Sand (2006)
That Summer Affair (2007)
Love and Other Secrets (2008)
The Garden Party (2011)
The Lonely Desert (2012)