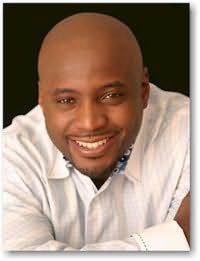 Shannon Holmes was born and raised in New York Citys most northern borough; the Bronx. Holmes entrance into the literary world was anything but ordinary. Armed only with a G.E.D. and the desire to change his life, Mr. Holmes crafted his first novel and signed his first literary contract from prison, while serving a five year sentence for various drug convictions. This was truly an amazing feat when you consider Mr. Holmes had never even written a short story in his life. He truly made the best of a bad situation.
He first achieved success with his first novel B-more Careful, which has gone on to sell a half a million copies to date. This may not sound like a lot of to the general public, but in the literary world Mr. Holmes is platinum. By producing such lofty sales numbers, Shannon was able to parlay the success of his first novel into a two book, six figure deal, with publishing giant Simon & Schuster.
Avoiding the sophomore jinx, Shannon Holmes crafted the critically acclaimed Bad Girlz, which sold fifty thousand copies in its first week. His next novel Never Go Home Again was hailed as best work... With this he achieved yet another milestone, he became the first author of the street genre to have his novel printed in hardcover. Since then Mr. Holmes has signed an even bigger deal publishing deal with St. Martins Press, its rumored to be in the high six figures, for two novels.