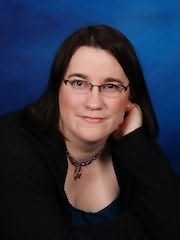 Susanna Fraser wrote her first novel in fourth grade. It starred a family of talking horses who ruled a magical land. In high school she started, but never finished, a succession of tales of girls who were just like her, only with long, naturally curly and often unusually colored hair, who, perhaps because of the hair, had much greater success with boys than she ever did.Susanna lives in the Pacific Northwest with her husband and daughter. When not writing or reading, she goes to baseball games, sings alto in a local choir and watches cooking competition shows.
Novels
The Sergeant's Lady (2010)
A Marriage of Inconvenience (2011)
An Infamous Marriage (2012)
Freedom to Love (2015)