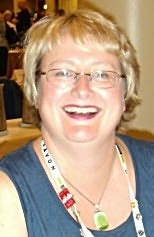 Australia
Anna Campbell was born in Brisbane, Australia, and grew up on an avocado farm with views of Moreton Bay and Stradbroke Island. She got an idea for her first novel: a dark, sexy Regency historical about a duke who wants to marry his mistress, London's most notorious courtesan. And No Ordinary Duchess, which Avon released in April 2007 as Claiming the Courtesan, was born. Since then, Avon has accepted her second book, Untouched, which is a December 2007 release in America. Anna's stories will be released in Italy, Germany, Russia, and Australia. "It's all been such a whirlwind, my feet have hardly touched the ground!"

The Surrender of a Lady (2010)
(Victorian Romance, book 1)
Tiffany Clare
"Dazzling, daring and different!... Will have you turning the pages until you finish, no matter how late it gets."

Tainted By Temptation (2011)
Katy Madison
"A firecracker of a book... grabs the classic gothic romance and sets it ablaze."

Gather the Bones (2013)
Alison Stuart
"Gather The Bones is breathtakingly romantic. This moving and dramatic love story will haunt you long after you turn the last page."

Bringing Down the Duke (2019)
(League of Extraordinary Women, book 1)
Evie Dunmore
"Bringing Down the Duke is the best historical romance I’ve read all year. I was spellbound by this story of forbidden love between a spirited, clever Suffragette heroine and her straitlaced duke, a man who proves that fire burns hottest when it’s under ice. Evie Dunmore is a marvelous, fresh new voice in romance who is sure to go far. Don’t miss her brilliant debut!"