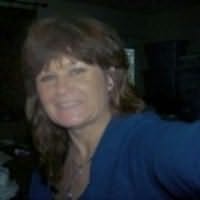 A member of the Romance Writers of America, Tamara Ferguson is the best-selling, multi-award winning author of the Tales of The Dragonfly Romance Suspense Series, the top-ten bestselling Kissed By Fate Series, and the #1 Two Hearts Wounded Warrior Romance Series.

Her latest wounded warrior romance novella, Two Hearts Unspoken, is included in the top-ten bestselling Holiday Anthology, Mother’s Day Magic…With Love, which was also #1 in Wounded Warrior Fiction. Since being released independently, Two Hearts Unspoken has just become a #1 Hot Release in both Ebooks and books at Amazon and as made 2 bestseller lists at #4 and #26. It’s also been #1 in 8 Wounded Warrior categories.

Two Hearts Undone (Two Hearts Wounded Warrior Romance #3) was released in May of 2016 by AA Publishing. #1 in 8 Wounded Warrior categories at Amazon, this short story is also included in the Annie Acorn 2016 Romance Anthology.Since she remains a full-time caregiver for an autistic son, you can usually find Tammy working at home, where she spends a lot of time not completing her numerous home improvement projects, because she's writing or helping other author friends promote their books on twitter.