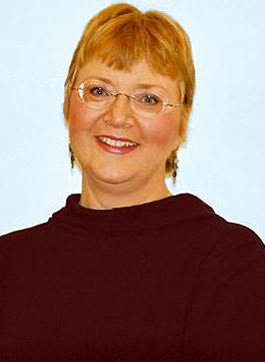 Day Leclaire was born on August 25.. Day's interest in writing started at anearly age. "There were four kids in our family, the three girls all closetogether in age. We were home from school one winter day because we'd had ablizzard and Mom.... Well, she was practically pulling her hair out in anattempt to keep us entertained. We'd fought our way through any number ofboard games, had read all the books in the house and were basically making atotal nuisance of ourselves. Out of sheer desperation, Mom told me that if Ididn't have any books to read, I should go write one. So, I did. It was ahistorical. A Cinderella story set in the Wild West with a wicked stepmotherand two wicked stepsisters. As I recall, those two stepsisters bore anuncanny resemblance to my own two sisters. I guess I was out of charity withthem at the time!"

Those initial attempts, rooted in elementary school, continued all the waythrough college. "Although I'd thought about being a writer in high school,I majored in Anthropology at University of California, Berkeley. I was goingto be another Jane Goodall... right up until I went camping for the firsttime. It forced me to reconsider a lifetime spent without the basicnecessities of life -- like running water and flush toilets." So she droppedout to reconsider her career choices.

That's when she met her future husband, Frank. "It was a whirlwindcourtship. We married five months after meeting." The two went into businesstogether, first running a film library in Berkeley, then remodeling housesin Seattle, Washington, before opening up a produce market. "Frank is greatat retail. He's a natural salesman. But I'm not. "With a retail operation,"Day says with a laugh, "you have to be nice to the customers. That's toughsince I'm an introvert who'd rather hide in the employee lounge with my nosein a book. When I became pregnant with our son, Matt, I told Frank that I'dlike to find another line of work. He was incredibly supportive. He asked mewhat I wanted to do and without even thinking I said, 'Write. I want towrite Mills & Boon Romances.' The next day we drove into Seattle and boughtour first computer." And the rest is history!

Well, not quite. "Mills & Boon returned my first attempt -- three mercifullyshort chapters. They said that although my writing was competent, the plotof my story was melodramatic and my characters stereotypical. "But I tookcompetent to mean good. That one word gave me all the encouragement Ineeded. The next book received an even more positive response -- and arequest for a revision. Although they ultimately turned that second storydown, I never grew discouraged. It certainly never occurred to me to giveup."

Then tragedy struck. Day's younger sister, Nancy, was diagnosed with a braintumor and died the following year. "It was a very dark time," Day confesses."We'd recently moved into this tiny condominium outside of San Diego,California, and I didn't know a lot of people. My son, Matt, had just turnedthree and I spent the summer hiding in our home with the drapes drawn,playing with him. Finally my husband -- out of sheer desperation -- told me tostart writing again or go get a job at McDonald's flipping burgers. "Itworked! I sat down and wrote a slapstick romance called Jinxed. After threemonths of depression, I needed some comedic relief and that book providedit. It was my first Mills & Boon Romance and I dedicated it to Nancy."

USA TODAY best-selling author, Day Leclaire is the multi-award-winningauthor of more than forty novels, a full quarter of which have garnered Dayan impressive ten nominations for the romance industry's highest award, theRITA, sponsored by Romance Writers of America. She is also a three-timewinner of both The Colorado Award of Excellence, as well as The Golden QuillAward, has won Romantic Times magazine's Career Achievement award, the HoltMedallion, and the Booksellers Best Award.

Now, Day Leclaire writes for Mills & Boon and lives in the midst of amaritime forest on Hatteras Island on North Carolina's Outer Banks. Despitethe yearly storms that batter them and the frequent power outages, she findsthe beautiful climate, superb fishing, and unbeatable seascape more thanadequate compensation. Being flexible and having a sense of humour alsohelps, she's discovered, along with a love for both the island and hercraft.

As for the future? "I have a ton of ideas. Last time I checked my schedule Iwas booked several years ahead. And considering I come up with book ideasall the time... well, let's just say that I have a lot of writing ahead ofme!"

Sealed with a Kiss
Mail-order Bridegroom (1995)