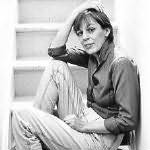 (1943 - 2015)
Alison Gordon was born in New York City. She spent her childhood in New York, Tokyo, Cairo and Rome because of her (Canadian) father's work with the United Nations. She attended Queen's University but left before completing her degree. Alison held various positions in television, radio and newspaper, including five years as a baseball writer for the Toronto Star (1979-1985). Foul Balls, her first book, details her experiences as the first woman to cover major league baseball. She has served on the boards of The Writers' Union, Crime Writers of Canada, PEN Canada, and the International Association of Crime Writers. She received the Citation of Merit for sports writing.
Series
Kate Henry Mystery
1. The Dead Pull Hitter (1988)
2. Safe At Home (1991)
3. Night Game (1992)
4. Striking Out (1995)
5. Prairie Hardball (1997)