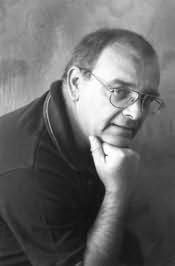 A retired hypnotherapist and adult education teacher with a one-megaton sense of humour, David Robinson is a Yorkshireman from the outskirts of Manchester, northwest England, where he lives with his wife and a crazy Jack Russell Terrier named Joe (because he looks like a Joe).

He writes in several genres under different pseudonyms, but his mainstay is crime and mystery. He published several novels with different publishers until, in 2011, he turned to self-publishing on the Kindle, putting out 15 titles. In January 2012 Crooked Cat Publishing picked up the first of his popular Sanford 3rd Age Club Mysteries, The Filey Connection. More titles in the series are due in the near future.

He also produces darker, edgier thrillers, such as The Handshaker and Voices; titles which are aimed exclusively at an adult audience and which question the perceptions of reality.

In a more light-hearted mood again, he turns out the occasional sci-fi or paranormal adventure and he has also published some non-fiction.

Midthorpe Murder Mystery (with darkstroke books)
1. A Case of Missing on Midthorpe (2019)
2. A Case of Bloodshed in Benidorm (2019)