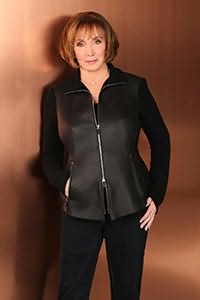 aka Emily Chase
It's no surprise that Julie Garwood became a writer. Growing up in a large family of Irish heritage, she took to storytelling naturally. "The Irish relish getting all the details of every situation," she explains. "Add in the fact that I was the sixth of seven children. Early in life I learned that self-expression had to be forceful, imaginative, and quick."

Creating stories was always a passion for Julie, but she didn't focus on making it a career until the youngest of her three children entered school. After the publications of two young adult books, she turned her interests to historical fiction. Her first novel, Gentle Warrior was published in 1985, and there has been a steady parade of bestsellers ever since. Today more than 40-million copies of her books are in print, and they are translated in dozens of languages around the world.

Whether the setting be medieval Scotland, Regency England, frontier Montana, or modern-day Louisiana, her themes are consistent: family, loyalty, and honor. Readers claim that it's the humor as well as poignancy of her novels that keep them coming back for more. Julie described her goals this way: "I want my readers to laugh and cry and fall in love. Basically, I want them to escape into another world for a little while and afterwards to feel as though they've been on a great adventure."

Julie lives in Leawood, Kansas, and is currently working on her next novel.

A Lady of the West (1990)
(Western Ladies, book 1)
Linda Howard
"Linda Howard writes such beautiful love stories. Her characters are always so compelling... She never disappoints."

Only You (1994)
Cynthia Victor
"Riveting... Terrific... A stay-up-late read with nonstop action!"