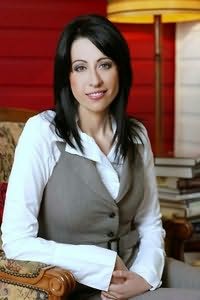 Australia
Leah Giarratano is a clinical psychologist specialising in cognitive behaviour therapy (CBT) and the assessment and treatment of Posttraumatic Stress Disorder (PTSD). She is a foundation team member of an Australian national award-winning inpatient PTSD treatment program, and is the author of several sell-out trauma education programs for clinicians, including specialist programs for the Australian and New Zealand Defence Forces, juvenile and adult forensic settings, and community health. She is also a Level Two accredited mental health educator for the Royal Australian College of General Practitioners (RACGP), and has conducted a nationally accredited CBT training program for medical practitioners since 1995.Leah has been an Honorary Clinical Supervisor for the Universities of Sydney and Macquarie, an Associate in Psychology at the University of NSW, and an Honorary Fellow in Psychology at the University of Wollongong, for their Masters of Clinical Psychology Programs.In 2006, Random House Australia acquired Leah's first two crime novels. Her first novel 'Vodka Doesn't Freeze', was published in July 2007 and her second, 'Voodoo Doll' in July 2008. Two further novels in the series were acquired by Random House in 2007 for publication in 2009 and 2010. Although her crime novels are works of fiction, they are inspired by her experiences working in the field of psychological trauma.