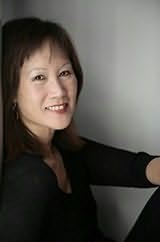 (b.1953)
Bestselling author Tess Gerritsen is also a physician, and she brings to her novels her first-hand knowledge of emergency and autopsy rooms. But her interests span far more than medical topics. As an anthropology student at Stanford University, she catalogued centuries-old human remains, and she continues to travel the world driven by her fascination with ancient cultures and bizarre natural phenomena. She started off her writing career with romance novels, now published by Mira. But in 1996 she switched to writing thrillers with her novel Harvest, inspired by the anger she felt about the illegal trade in human organs. It was her first New York Times bestseller. Since then she has become an internationally bestselling author of crime novels, and her thriller series starring Boston detective Jane Rizzoli and medical examiner Maura Isles is the basis for the hit television series "Rizzoli & isles." She lives with her husband in Maine.

Series contributed to
Her Protector
2. Keeper of the Bride (1996)

Empty Cradle (1998)
Karen Harper
"Aill keep you awake until bedtime and beyond. Timely and gripping."

The Rival Queens (2001)
(Countess Ashby De La Zouche, book 2)
Fidelis Morgan
"A delicious, rollicking romp of a mystery that kept me enthralled. Fidelis Morgan writes just the sort of story I love, full of sensuous details that make history come alive. I can't wait to read her next one."

Gone Too Far (2001)
(Troubleshooters, book 6)
Suzanne Brockmann
"Sizzling with military intrigue and sexual tension, with characters so vivid they leap right off the page, Gone Too Far is a bold, brassy read with a momentum that just doesn't quit."

Vitals (2002)
Greg Bear
"Terrifying . . . Not only does Greg Bear keep you guessing, he keeps you thinking. He is a master at turning a scientific concept into a crackling good thriller."

Suspicious Origin (2003)
Patricia MacDonald
"I could not put down this book. It haunted my dreams, called to me through the day. MacDonald is now on my list of favorite authors."

Crossing the Line (2004)
(Antonio Burns, book 4)
Clinton McKinzie
"An adrenaline-pumping, heart-pounding thrill ride with a terrifying climax that left me clenching for a handhold."

Lover Boy (2004)
Michele Jaffe
"Michele Jaffe's books will keep you turning the pages into the night."

Thriller (2006)
James Patterson
"Thriller is entertaining, fast-paced, and just plain fun. It will take you to the most terrifying heights of suspense."

The Cleaner (2006)
(Jonathan Quinn Thriller, book 1)
Brett Battles
"Brett Battles makes a grand entrance into the thriller scene with this unputdownable spy novel. THE CLEANER has it all: exotic locales, James Bondian derring-do, and ingenious plot twists that will keep you sweating all the way till the end."

Dead Head (2007)
Allen Wyler
"With its lightning paced excitement and fascinating science Dead Head has everything you could hope for in a medical thriller."

Kiss Her Goodbye (2007)
(Fourth Dimension Thriller, book 1)
Robert Gregory Browne
"Kiss Her Goodbye is a smashing good read. It moves at such a brekneck pace that you'll scarcely have time to take a breath."

Eat the Dark (2007)
Joe Schreiber
"A harrowing, up-all-night read with delicious scares at every turn. Joe Schreiber knows just what terrifies us, and his masterly skills are on full display."

The Weight of Silence (2009)
Heather Gudenkauf
"Deeply moving and exquisitely lyrical, this is a powerhouse of a debut novel."

Evidence of Murder (2009)
(Theresa MacLean, book 2)
Lisa Black
"Lisa Black wows us with another tense and unputdownable thriller. She is, quite simply, one of the best storytellers around."

A House to Die for (2010)
(Darby Farr Mystery, book 1)
Vicki Doudera
"[Doudera] expertly weaves a tale of suspense on a Maine island, where murder and real estate are an explosive combination."

Stress Fracture (2010)
(Dub Walker, book 1)
D P Lyle
"Cutting-edge forensics and a whip-cracking pace make Stress Fracture a one-sitting read. If you love CSI, this is the book for you."

Crossing Oceans (2010)
Gina Holmes
"Poignant and unforgettable, this book will break your heart and then put the pieces back together again."

Fifth Victim (2011)
(Charlie Fox, book 9)
Zoë Sharp
"Charlie Fox is one of the most vivid and engaging heroines ever to swagger onto the pages of a book."

The Phoenix Apostles (2011)
(Seneca Hunt, book 1)
Joe Moore and Lynn Sholes
"What do you get when you cross Indiana Jones with Da Vinci Code? The Phoenix Apostles, a rollicking thrill ride with so many twists and turns that you won't have time to catch your breath!"

Hotwire (2011)
(Maggie O'Dell, book 9)
Alex Kava
"Rip-roaring action that only builds in intensity with every page."

Second Nature (2011)
Jacquelyn Mitchard
"Mitchard writes with passion and artistry, weaving a vivid story that both moves and astonishes. From the very first paragraph, you know you are in the hands of a gifted writer."

Available Dark (2012)
(Cass Neary, book 2)
Elizabeth Hand
"Fiercely frightening yet hauntingly beautiful, with a startling heroine you'll never forget, Available Dark shimmers with gorgeous writing even as it scares the dickens out of you. I've long been a fan of Elizabeth Hand's amazing books, and once again she proves why she is truly a writer's writer, her prose so glowing it makes all the rest of us jealous."

Like This, For Ever (2013)
(Lacey Flint, book 3)
Sharon Bolton
"Chilling and mesmerising."

The Never List (2013)
Koethi Zan
"Sent icicles down my spine. One of the most scariest thrillers I've ever read."

Day One (2013)
Nate Kenyon
"Day One will have you on the edge of your seat from beginning to end."

The Daughter (2014)
Jane Shemilt
"Jane Shemilt builds layer upon layer of tension in a thriller you won't be able to put down."

The Girl On the Train (2015)
Paula Hawkins
"So thrilling and tense and wildly unpredictable it sucked up my entire afternoon. Not to be missed!"

Hotel Moscow (2015)
Talia Carner
"Exquisitely told, with details so vivid you can almost taste the food and hear the voices."

Try Not to Breathe (2016)
Holly Seddon
"A razor-sharp, fast-paced plot and wonderfully complex characters . . . Not since The Girl on the Train have I been so captivated by a work of suspense."

Baby Doll (2016)
Hollie Overton
"What a compulsive read! A brilliant first novel that kept me transfixed and entertained until the very last page."

The Couple Next Door (2016)
Shari Lapeña
"A twisty, utterly riveting tale that will send readers on a wild rollercoaster ride of emotions. Shocking revelations kept me turning the pages like a madwoman."

Beneath the Wake (2017)
(Dr. Zol Szabo Medical Mystery, book 4)
Ross Pennie
"Fascinating and fast-paced, a medical thriller with the high-stakes tension of a frightening epidemic."

The Castle (2017)
Jason Pinter
"An author who dares to take the traditional thriller in bold new directions."

The Driver (2017)
Hart Hanson
"The Driver is smart, brash, and funny, with characters who strut right out of an Elmore Leonard novel. For thrills, chills, and plenty of laughs, Hart Hanson is your man."

The Woman in the Window (2018)
A J Finn
"Amazing. Riveting. Just plain fantastic!"

Providence (2018)
Caroline Kepnes
"There is something for every reader in these pages—thrills, chills, and a complex love story. Kepnes is a writer to add to your must-read pile."

Maze Master (2018)
Kathleen O'Neal Gear
"From the very first page, you'll know you're in the hands of a master storyteller. With plenty of 'Da Vinci Code' twists and turns, MAZE MASTER is both thrilling and mind-bending."

Find Me Gone (2018)
Sarah Meuleman
"FIND ME GONE is one of those rare novels that you’ll be thinking about long after you’ve finished it. Vivid, complex, and completely immersive!"

Blood Orange (2019)
Harriet Tyce
"Blood Orange kept me frantically turning the pages, desperate to know what would happen next. A superb, compulsive read!"