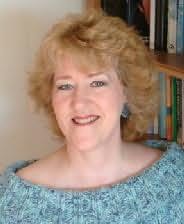 Linda Gillard graduated from Bristol University and trained as an actress at the Bristol Old Vic Theatre School. For eight years she pursued an acting career, the highlight of which was sharing a table in The National Theatre canteen with Sir Michael Gambon. (The lowlight was playing a fairy for four rainy months in an open-air production of A Midsummer Night's Dream in London's Regent's Park).

Whilst under-employed at the National Theatre, Linda accidentally became a successful freelance journalist and wrote many articles based on her self-sufficient 'Good Life' in rural Cambridgeshire. For twelve years she had a humorous column in Ideal Home. Linda ran her two careers concurrently for a while, then decided to give up acting to raise a family and write from home. Twelve years later she re-trained as a primary teacher and taught in Norfolk specialising in English and Art.

A further rethink entailed giving up teaching and downshifting to the Isle of Skye, realising a long-held dream to move to a Scottish island and write full-time.

Linda now lives with her teacher husband in a big house overlooking the Cuillins, a mountain range featured in her novel; Emotional Geology.