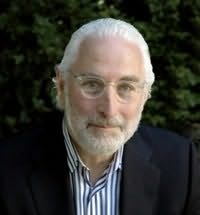 (b.1943)
Paul Goldstein is a writer, lawyer and teacher. He is the author of three novels,  Errors and Omissions (Doubleday 2006), A Patent Lie (Doubleday 2008) and Havana Requiem (Farrar, Straus and Giroux 2012), which received the 2013 Harper Lee Prize for Legal Fiction. He is also the author of two general interest non-fiction books, Copyrights Highway: From Gutenberg to the Celestial Jukebox (Stanford University Press, Revised Edition 2003) and Intellectual Property: The Tough New Realities That Could Make or Break Your Business (Penguin Portfolio 2007). Mr. Goldstein has written two leading treatises on copyright law the four-volume Goldstein on Copyright (Aspen Publishers Third Edition 2005) and the one-volume International Copyright: Principles, Law and Practice (Oxford University Press Second Edition with P. Bernt Hugenholtz 2010) as well as four widely-adopted law school textbooks.

Mr. Goldstein is a member of the Bars of New York and California and has since 1988 been Of Counsel to the law firm of Morrison & Foerster LLP, where he advises clients on major intellectual property lawsuits and transactions. He has regularly been included in the annual volume, Best Lawyers in America.