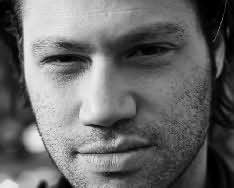 (b.1978)
RODGE GLASS was born in 1978 and is originally from Cheshire, though he has now been in Scotland since 1997, and since then most of his family have scattered all over the globe.Since September 2008 Rodge has been the Writer in Residence at Strathclyde University, where he was an undergraduate between 1997 and 2001. He has also been teaching Creative Writing on the Undergraduate course which is also taught by the novelist Louise Welsh, playwright Tim Fountain and poet David Kinloch.
Novels
No Fireworks (2005)
Hope for Newborns (2008)
Bring Me the Head of Ryan Giggs (2012)