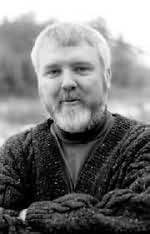 aka Alan Glenn
Brendan DuBois is an award-winning author of short stories and novels. His short fiction has appeared in various publications including Playboy and Ellery Queen Mystery Magazine, as well as numerous anthologies. He has twice received a Shamus Award for his short fiction and has been nominated for three Edgar Awards. DuBois lives in New Hampshire with his wife Mona.

Brain Storm (2016)
(Death Investigator Angela Richman, book 1)
Elaine Viets
"In her thrilling new series debut, Brain Storm, Elaine Viets calls upon her own challenging life experience in introducing Angela Richman, a death investigator working for upper-class Chouteau County in Missouri. Like Viets, Angela suffered a series of strokes and this death investigator is now struggling—in the midst of her recovery—to investigate a homicide that put her lifesaving neurosurgeon Dr. Jeb Travis Tritt in jail. Crisply written, with deft characterizations and action, Viets tells a tale that only she could have written."