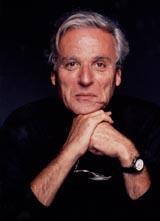 aka S Morgenstern
William Goldman was an American novelist, screenwriter, and playwright.

He was born in Highland Park, Illinois and obtained a BA degree at Oberlin College, 1952 and an MA degree at Columbia University, 1956. He had published five novels and had three plays produced on Broadway before going to Hollywood to write screenplays, including several based on his novels. In the 1980s he wrote a series of memoirs looking at his professional life on Broadway and in Hollywood (in one of these he remarked that in Hollywood Nobody knows anything), and wrote more novels. Adapting his novel The Princess Bride to the screen marked his re-entry into screenwriting. He was often called in as an uncredited script doctor on troubled projects.