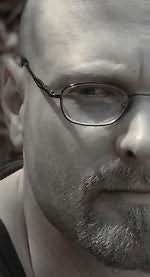 A self-described nerd (and proud of it) Anthony was completely surprised when his experiments with video game design landed him a job at Arkane Studios, a game company based in Lyon, France.Deciding it was time to begin living rather than continue dreaming he took a chance, sold his house, quit his job and cashed out his 401k. He spent an amazing year living in France, sightseeing in Switzerland and Italy with his wife and three daughters.