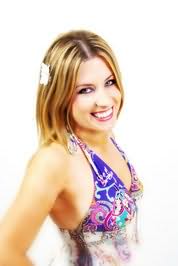 Emma Heatherington is a novelist from Donaghmore in Co Tyrone. She writes two types of novels aimed at the women's commercial fiction market;

and Romantic Suspense under the name Emma Louise Jordan

Emma has three children - Jordyn, Jade  and Adam and a King Charles Spaniel called Harvey. She began writing in 2005 when she entered and won a short story competition in May of that year. By December she had staged her first show at Dungannon Leisure Centre, signed a first book deal with Dodder a few months later and Crazy For You hit the shelves in 2007. Emma is now delighted to be in a new phase of her writing career with two book deals with Poolbeg Press.