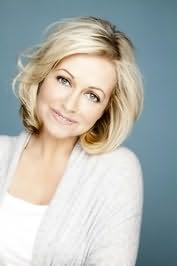 Ireland (b.1966)
Cathy Kelly is published around the world, with millions of copies of her books in print. A number 1 bestseller in the UK, Ireland and Australia, she is one of Ireland’s best-loved storytellers.
Brought up in Dublin, on leaving school Cathy initially worked as a journalist with a national Irish newspaper, working in news and features alongside being an agony aunt and film critic. She loved being an agony aunt in particular, describing it as a bit like getting a PhD in people. Cathy juggled her job with writing in her spare time, and her first novel, Woman to Woman, was published in 1997. It went straight to number 1 on the Irish Times and Sunday Times bestseller lists.

Big Fat Love (2003)
Peter Sheridan
"Incredibly fresh and sharp... The wit and warmth of Dublin leap off the page."

Behind the Scenes (2004)
Anita Notaro
"Definitely an up-all-night-to-finish-it book. I loved it."

The Dream House (2006)
Rachel Hore
"A beautifully written and magical novel about life, love and family."

The Glass Room (2006)
Kate Holmquist
"As elegantly written as a Joanna Trollope, as insightful as Anita Shreve and as sharp as Zoe Heller... I couldn't put it down."

Fifty Is Not a Four-letter Word (2007)
Linda Kelsey
"Funny, wise and proof that the perfect heroine doesn't have to be a chardonnay-swilling thirty-something, this made me laugh and weep from start to finish. Linda Kelsey has the knack of making you care about her characters and she deals with huge issues with the lightest touch. I wish I'd written this!"

None of My Affair (2008)
Fiona O'Brien
"A delicious novel: full of warmth, glamour and excitement."

Designer Genes (2009)
Emma Hannigan
"I laughed and I cried. I defy anyone not to do the same."

The Promise of Happiness (2011)
Erin Kaye
"An engrossing read - wonderful."

Some Like it Hot (2011)
Amanda Brobyn
"A warm and funny page turner about the ups and downs of female friendship."

Death and Other Happy Endings (2019)
Melanie Cantor
"I LOVE this book! It is full of heart and hope."