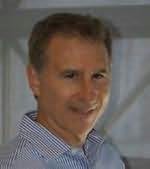 (b.1952)
Kent Harrington is a 4th generation San Franciscan, born to an Irish-Jewish father and Guatemalan mother. His early education was spent at the Palo Alto Military Academy, where he was sent at an early age. He attended San Francisco State University and received a degree in Spanish Literature. After living both in Spain and Latin America, he returned to the Bay Area and began his career as a novelist supporting himself as a teacher, carpenter, factory worker and life insurance salesman.