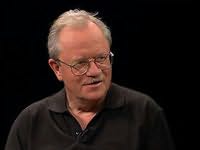 (1943 - 2014)
Kent Haruf was born in eastern Colorado. He received his Bachelors of Arts in literature from Nebraska Wesleyan University in 1965 and his Masters of Fine Arts from the Iowa Writers' Workshop at the University of Iowa in 1973. For two years, he taught English in Turkey with the Peace Corps and his other jobs have included a chicken farm in Colorado, a construction site in Wyoming, a rehabilitation hospital in Colorado, a hospital in Arizona, a library in Iowa, an alternative high school in Wisconsin, and universities in Nebraska and Illinois.

Remember Me (1999)
Laura Hendrie
"A beautiful and important book, as warm and clear at its heart as all of its New Mexico setting."

Burning Fence (2005)
Craig Lesley
"Craig Lesley has been justly celebrated for his novels. Now this vivid, unflinching story of his own life, as a son and as a father, can only server to increase his already considerable stature as a writer - and not incidently, as a human being."
Visitors to this page also looked at these authors
Joanne Harris
Karen Harper
Jane Harper
Robert Harris
Charlaine Harris
Carolyn Hart
Anne Tyler
David Baldacci
Kristin Hannah
Robin Lee Hatcher
Kim Harrison
John Hart
Michael Harvey
Linnea Hartsuyker
Iain Banks
John Harvey