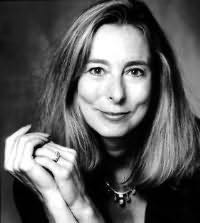 (b.1947)
Ann Beattie has been included in four O. Henry Award Collections and in John Updike's Best American Short Stories of the Century. In 2000, she received the PEN/Malamud Award for achievement in the short story form. In 2005, she received the Rea Award for the Short Story. She and her husband, Lincoln Perry, live in Key West, Florida, and Charlottesville, Virginia, where she is Edgar Allan Poe Professor of Literature and Creative Writing at the University of Virginia.

Taking Care (1982)
Joy Williams
"Hypnotic... one of our most remarkable storytellers."

Exiles (2009)
Elliot Krieger
"Exiles is filled with suspense. . . . It's a fascinating look at a place during a particular time, but the intrigue transcends the locale. The ending is riveting and insidious. Which I mean as a compliment."

Misfit (2012)
Adam Braver
"Amazing... a book about identity, privacy, and intimacy that both exposes and conceals its subject - Marilyn Monroe."

Euphoria (2014)
Lily King
"Writers are childlike in their enthusiasm about other writers' good work. They're thinking: How'd they ever think of that? That's amazing/beautifully written/true! Imagine all the effort that went into pulling this off. Could I do something this original/surprising/moving? I'm always happy to read Lily King, and I particularly enjoyed reading Euphoria."

Foregone (2021)
Russell Banks
"Russell Banks, as cinematographer, is known to move in close. Foregone focuses his sharp eye on the feints and fictions amid life's 'facts,' as he reveals his fascinatingly fallible character, Fife, whose personal life has been contextualized by history. As we zig-zag through the character's past and present, it becomes apparent that the writer is simultaneously, and subtly, demonstrating the act of writing fiction. Fife is aptly named; he's an instrument piercing the soundtrack we call life, as the drummer marches on."