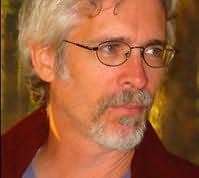 A pseudonym used by Tim Cockey
Except for two aberrant years he spent in Central Florida, Tim grew up in and around Baltimore, Maryland, the land of Poe, Mencken, Ogden Nash, John Waters, John Barth and Anne Tyler. . . to name half a dozen.


A move to Chapel Hill, North Carolina was the catalyst for bringing writing to the front burner. Bolstered by the world's tiniest grant (from the good folks at the Maryland State Arts Council), Tim lived the life of the idle poor for two years, resulting in an unpublished novel (Zen Bastard), first place in a P.E.N.-sponsored short story competition, and the decision to relocate to New York City to seek his fortune.

Surely a fifth floor walk-up with a leaking skylight and wind-rattled windows qualifies as a garrett. . . and it was here that Tim stumbled onto the idea for his Hearse Series.In possession of a list of over 100 excruciating hearse-pun titles sent to him from readers, Tim proceeded to title the fifth book in the series Backstabber. Clever guy. After Backstabber, the hearse pulled into the garage and has not been seen since. No longer living under that leaking skylight, Tim's recent ventures include several books written under the name Richard Hawke.
Series
Fritz Malone
1. Speak of the Devil (2006)
2. Cold Day in Hell (2007)