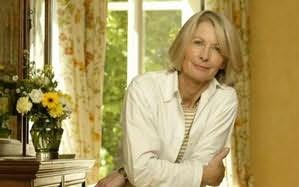 (b.1941)
Sandra Claire Howard (née Paul) was born in 1941 and was one of the leading fashion models of the 1960s. Although occasionally appearing in magazines and catalogues, Sandra has largely given up her modelling career, and has begun working with the drug rehabilitation charity Adaction. She is married to the former British Conservative Party leader Michael Howard.