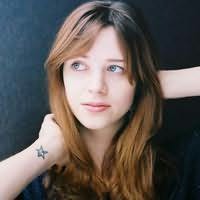 Hanna Jameson's debut novel, Something You Are, was published by Head Of Zeus in December 2012, when she was twenty-two. It was nominated for a CWA Dagger Award, and she had written the first draft at just seventeen. Her second novel, Girl Seven, is published in April 2014, and she is currently working on the third novel of her London Underground series, writing beside the sea in Brighton.

Influenced by Tarantino, David Peace and Nick Cave, Q Magazine has described Jameson as writing like 'an angel on speed'. She has lived in Australia and travelled the USA, Japan and Europe with bands such as Manic Street Preachers and Kasabian.

Keeper (2020)
Jessica Moor
"Intense and compassionate . . . it made me furious and sad, but it also made me feel seen."