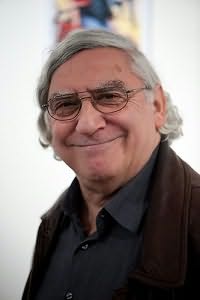 (b.1944)
MAXIM JAKUBOWSKI worked for many years in book publishing as an editor (including titles by William Golding, Peter Ackroyd, Oliver Stone, Michael Moorcock, Peter Ustinov, Jim Thompson, David Goodis, Paul Ableman, Sophie Grigson, Marc Behm, Cornell Woolrich, etc) and launched the Murder One Bookshop, which he owned and ran for over 20 years. He now writes, edits and translates full-time in London.

He was born in London and educated in France, and his books have been translated into many languages. From an early age, he was always fascinated by popular culture and his writing and editing has criss-crossed all areas, from science fiction & fantasy to thrillers and, inevitably, erotica.

The Agency Trilogy (1994)
(Agency)
David Meltzer
"In this powerful trilogy, Meltzer describes the empire of the Agency, an all-seeing, well-organized, self-sufficient, sexual underground that secretly controls America, if not the world."

Fairy Gunmother (1997)
(Belleville, book 1)
Daniel Pennac
"Already a bestseller in its native country, it deserves to be one here if there's any justice in the world of crime."

China Lake (2002)
(Evan Delaney, book 1)
Meg Gardiner
"With a colourful cast of richly delineated characters, a protagonist with whom the readers will easily identify - all big-hearted, quick-tongued and hair-trigger-tempered - this novel provides a fast-paced ride through some of the more dubious nooks and crannies of the American dream and is an impressive opening salvo by a Surrey-based expatriate who hits the bookshelves running."

Judas Pig (2004)
Horace Silver
"A gripping page-turner that lifts the lid on the London crime scene with much more power than the glossed-over memoirs of sundry Kray acolytes. There is no glamour here, just an ugly world of treachery, violence and dishonour, but with an odd comedy dominating the grisly proceedings. Scary indeed."

The Couple in Room 13 (2010)
John Rector
"Wonderfully compelling. Could almost see the film racing across my eyes."

Dodgers (2016)
Bill Beverly
"The main protagonist's voice is both touching and engrossing, a modern version of Holden Caulfield had he been born in Compton and a generation or so later, and his itinerary both geographical and mental is a poetic as well as profane, delicate joy to behold. A character study of the highest quality as well as a thriller as addictive as crack. Without the shadow of a doubt, a book that will come to be seen as a landmark in US crime writing."

An Honorable Man (2016)
(George Mueller, book 1)
Paul Vidich
"Atmospheric, moving and enigma-laden, this is spy writing at its very best."

Sweetpea (2017)
(Sweetpea, book 1)
C J Skuse
"Sweetpea hits all the right buttons. A dark, twisted read about a female serial killer with dollops of humour, sarcasm and a lightweight approach…keeping you gripped and on the hook, both smiling and squirming."