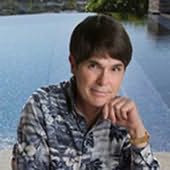 aka W H Allan, David Axton, Brian Coffey, Deanna Dwyer, K R Dwyer, John Hill, Leigh Nichols, Anthony North, Richard Paige, Owen West, Aaron Wolfe
Acknowledged as "America's most popular suspense novelist" (Rolling Stone ) and as one of today's most celebrated and successful writers, Dean Koontz has earned the devotion of millions of readers around the world and the praise of critics everywhere for tales of character, mystery, and adventure that strike to the core of what it means to be human.

The Nightrunners (1983)
Joe R Lansdale
"This book has raw power. It grabs you and carries you right along."

Vampire Junction (1984)
(Timmy Valentine, book 1)
S P Somtow
"S P Somtow doesn't write like anyone else - when he wants to spook you, he can drive the chill bone deep!"

Live Girls (1987)
(Davey Owen, book 1)
Ray Garton
"Live Girls is gripping, original and sly. I finished it in one bite."

Fantasma (1989)
Thomas F Monteleone
"Monteleone has the rare ability to convey an evil chill with words."

Serpent's Kiss (1992)
Daniel Ransom (Ed Gorman)
"Ransom's writing is strong, fast, and sleek as a bullet. He's one of the best."

The Nightmare Chronicles (1999)
Douglas Clegg
"Douglas Clegg's short stories can chill the spine so effectively that the reader should keep paramedics on standby!"

Night in the Lonesome October (2001)
Richard Laymon
"No one writes like Laymon, and you're going to have a good time with anything he writes."

The Darkest Part of the Woods (2002)
Ramsey Campbell
"Campbell is highly regarded for his sensitive use of language and psychologically complex characters...Disquieting, unnerving and thoroughly satisfying."

The Machine Crusade (2002)
(Legends of Dune, book 2)
Kevin J Anderson and Brian Herbert
"Frank Herbert would surely be delighted and proud of this continuation of his vision."

The Mysteries (2005)
Lisa Tuttle
"A thriller, detective story, and fantasy all in one. A winner!"

Three Days to Never (2006)
Tim Powers
"A hurricane blowing away the stale postmodern sensibility of most fiction."

The Successful Novelist (2008)
David Morrell
"Like listening to a beloved brother. I found the acute observations and his narrative philosophy more valuable for the new writer than the contents of any 100 other texts."

The Panic Zone (2010)
(Jack Gannon, book 2)
Rick Mofina
"The Panic Zone is a headlong rush toward armageddon. Its brisk pace and tight focus remind me of early Michael Crichton."

Another Kingdom (2019)
(Another Kingdom, book 1)
Andrew Klavan
"As screenwriter Austin Lively plunges back and forth between two dark, strange places - the fantasy kingdom of Galiana and the weirdness of contemporary Los Angeles - I turned the pages faster, faster, with growing delight. Scary, suspenseful, funny, wonderfully imaginative, Another Kingdom is pure, unadulterated fun."