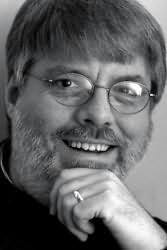 aka B Kent Anderson
David Kent is the author of four Department Thirty thrillers. His acclaimed debut novel, Department Thirty, was also one of the bestselling eBooks of 2003; other novels in the series include The Mesa Conspiracy, The Black Jack Conspiracy, which won the 2006 Oklahoma Book Award for Fiction and The Triangle Conspiracy. He grew up in Madill, Oklahoma, and is a former press secretary and media adviser to several congressional candidates. Under his real name of Kent Anderson, he worked as a broadcaster for twenty-seven years, and is now in marketing with the Oklahoma City Philharmonic Orchestra. He has three sons, and lives in Oklahoma City.