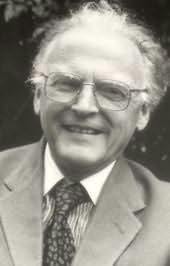 He was born in Adelboden, Switzerland, brought up in India and educated at Shrewsbury School and Balliol College, Oxford. During World War II he was a conscientious objector, and left Oxford to work on the land. After completing his degree in 1949 he worked for the British Council; he was posted around Europe, and then in Kyoto. He resigned to write full time in 1964.

Kind Relations (1939)
Robert Liddell
"A writer still far too little known to the public at large."

Innocent Erendira (1978)
Gabriel García Márquez
"They leave one in no doubt that here is a master...he leaves an ineffaceable impression of magic, mystery and mastery."