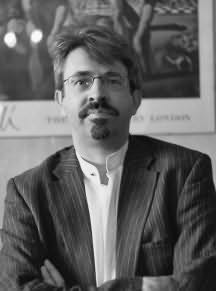 (b.1968)
Jasper Kent was born in Worcestershire, England in 1968. He attended King Edward's School, Birmingham and went on to study Natural Sciences at Trinity Hall, Cambridge, specialising in physics.

Jasper has spent almost twenty years working as a software engineer in the UK and in Europe, whilst also working on writing both fiction and music. In that time, he has produced the novels Twelve, Thirteen Years Later, Yours Etc., Mr Sunday and Sifr, as well as co-writing several musicals, including The Promised Land and Remember! Remember!