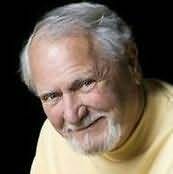 (1931 - 2020)
Father of Dirk Cussler
Clive Cussler grew up in Alhambra, California, and attended Pasadena City College before joining the Air Force. He went on to a successful advertising career, winning many national honours for his copywriting. He also explored the deserts of the American Southwest in search of lost gold mines, dived in isolated lakes in the Rocky Mountains looking for lost aircraft and hunted under the sea for shipwrecks of historic significance, discovering and identifying more than sixty. Like his hero, Dirk Pitt, he was also an avid enthusiast of classic cars.

Trans-Siberian Express (1977)
Warren Adler
"Warren Adler's characters and descriptions are drawn so vividly you can't help but feel more a passenger swept up by the intrigue, the sounds, and the smells of the train than you do simply as an observant reader."

The Black Sea (1991)
Richard Setlowe
"A spellbinder... Richard Setlowe has to be the finest adventure writer in the country today."

Pressure Point (1992)
Dick Couch
"Sure to keep you on the edge of your seat."

Arc Light (1994)
Eric L Harry
"Incredibly spellbinding... One of the best reads of the decade."

The Exchange Students (1995)
Marc Olden
"Olden has shown himself to be a master of intrigue and adventure."

Down to a Sunless Sea (1996)
(Tiller Galloway, book 4)
David Poyer
"There can be no better writer of modern sea adventure around today."

Bluefin Blues (1997)
(Aristotle Socarides, book 6)
Paul Kemprecos
"There can be no better mystery writer in America today than Paul Kemprecos."

Fire and Ice (1998)
Paul Garrison
"A finely crafted thriller by a master storyteller."

Link (1998)
Walt Becker
"A read that blends romance, violence, technology, and history into a fast-paced odyssey that never lets up."

Wake of the Perdido Star (1999)
Gene Hackman and Daniel Lenihan
"A fascinating read."

The Price of Honour (1999)
David H Hackworth
"Epic storytelling as exciting as it is suspenseful... a gripping yet thoughtful thriller."

Last Dance of the Viper (2001)
Brian Lysaght
"Brian Lysaght has proven himself to be a master of intrigue and suspense."

The Art of Deception (2002)
(Boldt / Matthews, book 8)
Ridley Pearson
"One hell of a writer. He grabs, he twists, he tightens the screws until you're drained by a superb read."

The Da Vinci Code (2003)
(Robert Langdon, book 2)
Dan Brown
"Intrigue and menace mingle in one of the finest mysteries I've ever read.An amazing tale with enigma piled on secrets stacked on riddles."

The Coil (2004)
(Liz Sansborough, book 2)
Gayle Lynds
"A master of intrigue and adventure."

Whirlwind (2004)
Joseph Garber
"Fast-paced thrillers don't get any better than this."

Blood Ties (2005)
(PI Julie Collins, book 1)
Lori Armstrong
"... a fascinating tale of intrigue that will sweep you into a world of horror and suspense."

Thriller (2006)
James Patterson
"The best of the best storytellers in the business. Thriller has no equal. Action, intrigue, and entertainment at the highest level. Adventure on a grand scale you won't forget."

Unholy Grail (2007)
D L Wilson
"A tale rich with intrigue that grips the imagination. A must read."

Cat and Mouse (2007)
(Nathan Dixon, book 5)
Harold Coyle
"Coyle is a master of high-tech suspense. He spins his story with such power that you're swept along to the climactic finish."

The First Stone (2007)
Judith Kelman
"Remarkable... filled with intrigue... I truly enjoyed it."

Rules of Deception (2008)
(Jonathan Ransom, book 1)
Christopher Reich
"RULES OF DECEPTION delivers pure suspense, intrigue, and adventure from its first page to its last. Christopher Reich is the master of the espionage thriller for the 21st century."

City of War (2010)
(Rail Black, book 1)
Neil Russell
"Neil Russell has to be one of the finest, skilled, and accomplished writers in the country, a true master of intrigue."

Chimera (2011)
Ken Goddard
"Goddard has a keen sense of how to hold the reader."

Sunspot (2014)
Rob Leininger
"An intriguing thriller that mixes terror and threat to the planet on a grand scale. A first-rate tale told by a first-class writer."

MirrorWorld (2015)
Jeremy Robinson
"This is gut churning, edge-of-your-seat, roller-coaster entertainment. Strap in and hold on for the ride!."

Overwatch (2016)
(Logan West, book 1)
Matthew Betley
"Matthew Betley has proven he's an accomplished writer. Overwatch is a brilliantly conceived thriller that surges from the first chapter through mounting deception to a powerful conclusion."

Gale Force (2018)
(McKeena Rhodes, book 1)
Owen Laukkanen
"One of the most outstanding adventures of the year."

To Destroy Jerusalem (2018)
(Jerusalem Spy, book 4)
Howard Kaplan
"Kaplan is up there with the best."

Another Kingdom (2019)
(Another Kingdom, book 1)
Andrew Klavan
"Klavan winds his tale tighter and tighter until the reader is hopelessly spellbound. Superb suspense by a master storyteller."