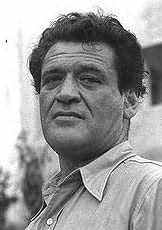 France (1898 - 1979)
Joseph Kessel was born in in Clara, Entre Ríos, Argentina, because of the constant journeys of his father, a Lithuanian doctor of Jewish origin. Joseph Kessel lived the first years of his childhood in Orenburg, Russia, before the family moved to France. He studied in Nice and Paris, and took part in the First World War as an aviator.

Kessel wrote several novels and books that were later represented in the cinema, such as Belle de jour (by Luis Buñuel in 1967). He was also a member of the Académie française from 1962 to 1979. In 1943 he and Maurice Druon translated Anna Marly's song Chant des Partisans into French from its original Russian. The song became one of the anthems of the Free French Forces.