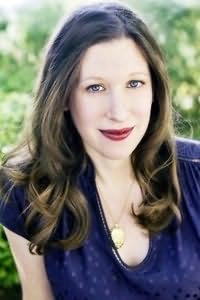 (b.1981)
Lauren Kate is an internationally bestselling author of young adult fiction. Her books have been translated into over thirty languages and include The Betrayal of Natalie Hargrove and Fallen, which reached number 3 on the New York Times Best Seller List for children's chapter books on January 8, 2010, remaining there throughout April 2011. Fallen's sequel Torment entered the NYT Best Seller List at number 1.

Kate was raised in Dallas, Texas, and has a master's degree in fiction from the University of California, Davis. Kate has stated that experience of the "Old South" in the Atlanta area (she went to college at Emory) inspired her to set Fallen in a Civil War era academy.

Kate has stated that her high school did not provide the basis for Sword and Cross in the Fallen series. In fact, she based the high school setting of The Betrayal of Natalie Hargrove on the Dallas high school she attended (Plano senior High School).

The Fallen series employs Kate's many months of theological research. She had gotten the idea for the series from a line in Genesis that she came across whilst studying the Bible in graduate school in California.

Eve (2011)
(Eve Trilogy , book 1)
Anna Carey
"A gripping, unforgettable adventure - and a fresh look at what it means to love."

Shatter Me (2011)
(Shatter Me, book 1)
Tahereh Mafi
"Addictive, intense, and oozing with romance. I’m envious. I couldn’t put it down."