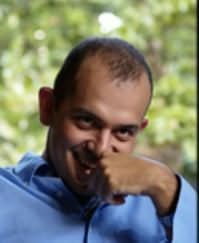 Greece (b.1974)
Pol Koutsakis writes novels, plays and screenplays. He was born in 1974. Until May 2006 he lived in Chania, in Western Crete, then lived for three years in Ontario, Canada, with his wife and daughter. At the end of December 2008, Pol returned to Chania only to emigrate again in 2016, this time to Perth, Australia. Pol teaches computer engineering in Perth when he is not writing crime novels or plays. He won the National award for best Greek play in 2007 by the Greek Ministry of Culture, and the National award for second best Greek play in 2005. Athenian Blues is his first novel to be translated into English.