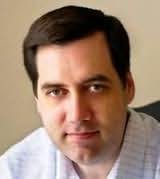 Mark Henshaw began his CIA career with the Agencys Office of Transnational Issues in 1999 as a Science, Weapons & Technology analyst and became a founding plankholder with the Agencys Information Operations Center (IOC) in 2001. In 2006, Mark graduated from the CIA Sherman Kent Schools Advanced Analyst Program and undertook a three-year rotation with the CIA Red Cell, a unit charged with taking a pronounced outside-of-the-box approach that will provoke thought and offer an alternative viewpoint on the full range of analytic issues.

During thirteen years at CIA, Mark earned seventeen Exceptional Performance Awards; and in 2007 he was the recipient of the prestigious Director of National Intelligences 2007 Galileo Award, which recognizes innovative and creative solutions to the United States future intelligence challenges. His winning co-authored paper, A National Security Simulations Center proposed that the DNI should establish an Intelligence Community (IC) center that would promote and organize war games for IC training, analysis, and outreach.