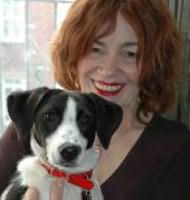 aka Edith Felber
Edith Layton grew up in Queens, New York, and began writing when she was ten years old. She worked as a freelance writer for newspapers and magazines before publishing her first novel, The Duke's Wager, with Signet/NAL. She won numerous awards, starting in 1984 with The Romantic Times Award for Best New Regency Author and The Romantic Times Reviewer's Choice Award: Best New Regency Author. She went on to publish over 30 novels and many more short stories.

Edith Layton also published under her married name, Edith Felber. She was married for over 35 years to her physician husband, Dr. Norbert Felber, and produced three loving children, one of whom is writing this bio...