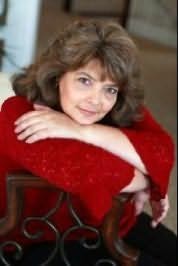 (b.1964)
Suzanne Enoch was born in Southern California sometime in the latter half of the 20th century. In the way that some people are born knowing they want to be astronauts or cellists, Suzanne always knew she wanted to be a writer. Early dreams of becoming a zoologist and writing true stories about her adventures in Africa were crushed, however, after she viewed a television special about the world’s most poisonous snakes; she did NOT want to write about how she’d been bitten and lost a limb to a cobra. Thankfully at the same time the movie “Star Wars” premiered, and she realized that she could make up adventures and write about them, and not be eaten by deadly predators while doing research.
Suzanne is known for her humorous characters, sexy bad boys, and whip-sharp, witty dialogue.  She currently resides in Placentia, California with several hundred guppies and various other tropical fish, and handful of very loud, spinach-loving finches.