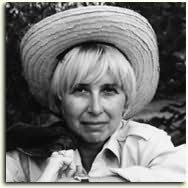 Since the publication of Amelia's Intrigue in 1995, Judith A. Lansdowne's Regency romances have received critical acclaim, garnered awards and entertained thousands of romance readers. Ms. Lansdowne began writing full-time in 1992, but it was only after her daughter introduced her to Regency romances that her work was published.

She grew up in Kenosha, Wisconsin. Following graduation from St. Joseph High School, she attended the American Academy of Dramatic Arts in New York, then spent several years touring the country as an actress and puppeteer with Nicolo Marionettes and the Sid and Marty Krofft organization.

Tiring of the constant travel, she returned to Kenosha to attend the University of Wisconsin-Parkside, where she met her husband Al, a retired submariner, and graduated with highest distinction. Following graduation she worked variously as a journalist, instructional television writer/producer, textbook production editor, college instructor, and television news videographer. When her husband finally got a real job, she settled down to writing full time, producing a horror novel, a vampire novel and a Restoration historical novel, all still unpublished, before finally "making it" with Regency romance. When her husband retired (he didn't like the real job) they moved to the shores of Lake Guntersville, Alabama, where she is pursuing a career in fishing and he moves dirt around the yard. They write when the weather is bad.