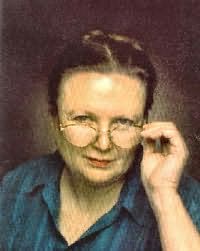 Jeanne Savery has lived and travelled in Great Britain with her spouse, an American Professor of British Politics. An American herself, she is descended from the English (via her father) and the Scots (via her mother).

She first read the Regency Romances of Georgette Heyer while living in Sidcup, Kent. She reread them while living in Whitstable, Kent. The dialogue was charming, but the detail was forbidding: No mistakes! That's the watchword.

For library research, she amassed (and read) a library of diaries, letters, memoirs, yearbooks, etc., from the era. For field research, she (and her spouse) repeatedly crisscrossed the island of Great Britain. Their two daughters fondly recall a family jaunt (with bed and breakfast) in August, 1973: London to Pembroke to Chester to Carlisle to Stirling to Edinburgh to Hawick ... to London.

She published her first Regency Romance in 1991. Since then, she has published more numerous novels and novellas.

She has received the Reader's Choice Award and been awarded the Holt Medallion. She is a member of Novelists, Inc. and Romance Writers of America.