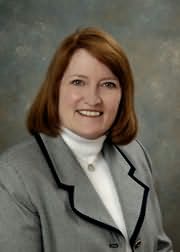 Lynn Collum is a second generation Floridian whose grandparents settled in Central Florida in 1912 when there were far more cattle than tourists. Born in Ocala, she later graduated from the University of South Florida in Tampa where she majored in history and education. She taught school two years in Florida and four years in Germany working for the Department of Defense until she married and started a family. Then she retired to become a full-time mom. With her great love of history, she was drawn to historical fiction and sold her first Regency Romance, A GAME OF CHANCE, to Kensington in 1995. She has since sold four more full length novels and six novellas. Her second book, ELIZABETH AND THE MAJOR, recently won the Critic's Choice Award for Best Regency of 1998 by Affaire de Coeur Magazine. Her current release is AN UNLIKELY FATHER.