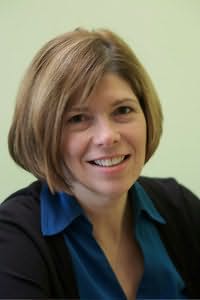 Kirby Larson is the acclaimed author of the 2007 Newbery Honor Book, Hattie Big Sky, a young adult historical novel inspired by her great-grandmother, Hattie Inez Brooks Wright, who homesteaded by herself in eastern Montana as a young woman. Kirbys passion for historical fiction is reflected in The Fences Between Us (Scholastic, Dear America series; September 2010) and The Friendship Doll (Delacorte; May 2011). The sequel to Hattie Big Sky, Hattie Ever After, comes out in February 2013,  and in September 2013, a historical novel for middle grades, Duke, will be published by Scholastic.

In 2006, Kirby began a collaboration with her good friend, Mary Nethery, which has resulted in two award-winning nonfiction picture books: Two Bobbies: A True Story of Hurricane Katrina, Friendship and Survival (illustrated by Jean Cassels) and Nubs: The True Story of a Mutt, a Marine and a Miracle. They have their eyes peeled for another project to tackle together.

A frequent speaker, Kirby enjoys sharing her passion for research, reading and writing. She has presented at more than 200 schools, workshops, and seminars in nearly twenty states and as far away as Germany, Lebanon and Qatar.

The Spy Catchers of Maple Hill (2014)
Megan Frazer Blakemore
"It is no mystery that readers will come to love Hazel Kaplansky."

The Truth as Told by Mason Buttle (2018)
Leslie Connor
"A book that breaks your heart and heals it—all in one. Mason’s story is brilliantly told. This is an astonishing book!"

A Drop of Hope (2019)
Keith Calabrese
"Keith Calabrese has given us more than a drop of hope in this endearing novel; Ernest and Ryan and Lizzy not only make me want to move to the town of Cliffs Donnelly, their story has renewed my faith in humanity."