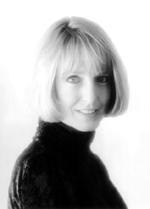 Books have always been a part of Wendelin Van Draanen's life. Her mother taught her to read at an early age, and she has fond memories of story time with her father, when she and her brothers would cuddle up around him and listen to him read stories.

Growing up, Van Draanen was a tomboy who loved to be outside chasing down adventure. She did not decide that she wanted to be an author until she was an adult. When she tried her hand at writing a screenplay about a family tragedy, she found the process quite cathartic and from that experience, turned to writing novels for adults. She soon stumbled upon the joys of writing for children.

Feedback from her readers is Van Draanen's greatest reward for writing. "One girl came up to me and told me I changed her life. It doesn't get any better than that," she said. Van Draanen hopes to leave her readers with a sense that they have the ability to steer their own destiny-that individuality is a strength, and that where there's a will, there's most certainly a way.

Her books presently appear on eleven State Award Master Lists, including California, where Sammy Keyes and the Sisters of Mercy is a contender for the 2002 California Young Reader Medal. Wendelin won the 1999 Edgar Allan Poe Award for Best Children's Mystery, and was nominated again this year. Her books are being published in seven foreign languages to date. Wendelin lives in California with her husband and two young sons. Her hobbies include the "Three R's": Reading, Running and Rock 'n' Roll.