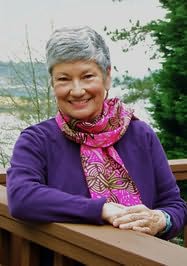 A native of Iowa, Linda has called the South home for more than forty years.

Linda's romantic suspense novel, LIES: SECRETS CAN KILL, is set in 1938 in Keokuk, Iowa, her hometown. LIES proves there are great stories to be told in every era and every town.

In October, Linda's new Brie Hooker Mystery series will debut. The humorous cozy series is set in a fictitious county near her current home in Upstate South Carolina.

Linda has published books in two other series. Her Marley Clark Mysteries dish up a main course of suspense, action and adventure with a generous side of humor and romance. DEAR KILLER and NO WAKE ZONE are the first two novels that feature Marley, a kick-ass, 52-year-old heroine.

Prior to landing her first publishing contract, Linda's manuscripts finaled in 15 contests, including RWA’s prestigious Golden Heart and Daphne du Maurier competitions and mystery contests such as Deadly Ink, Murder in the Grove and Malice Domestic.

She lives with her husband beside a South Carolina lake, where she regularly perturbs the geese and one honking big turtle by jumping off her dock for a swim or pedaling (yes, pedaling not paddling) her kayak.

Linda can’t imagine going to bed without a book nightcap. Thankfully her husband shares her passion for reading so she doesn’t have to use a miner’s light.