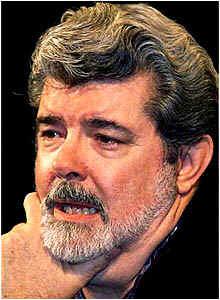 (b.1944)
George Walton Lucas, Jr. is an Academy Award-winning American film director, producer, screenwriter and chairman of Lucasfilm. He is the creator of the epic Star Wars saga and the archaeologist-adventurer character Indiana Jones. Today, Lucas is one of the American film industry's most financially successful independent directors/producers, with an estimated net worth of $3.6 billion.