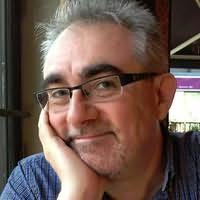 Canada
Robin D. Laws is a respected and prolific writer and game designer who lives in Toronto, Ontario, Canada. His best-known work includes the role-playing games Over the Edge (with Jonathan Tweet), Feng Shui, Hero Wars, Jack Vance's The Dying Earth Roleplaying Game, Gumshoe system and Dungeons & Dragons supplements such as Fiendish Codex II: Tyrants of the Nine Hells and Dungeon Master's Guide II. He has also authored or contributed to dozens of supplements for other RPGs, worked as co-designer on the Shadowfist collectible card game, contributed to the King of Dragon Pass computer game, and written several novels, among them Pierced Heart and The Rough and the Smooth. He is currently working on a new version of HeroQest as well as products for 4th Edition of D&D called Raiders Guild.