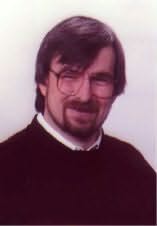 aka Richard Awlinson, J D Lowder
James Lowder has worked extensively in fantasy and horror fiction on both sides of the editorial blotter. He's authored several best-selling dark fantasy novels and has had short fiction appear in such anthologies as Shadows Over Baker Street and The Repentant. He's penned comic book scripts for several companies and the city of Boston. His book and film reviews, feature articles, and role-playing game design work can be found in such diverse publications as Amazing Stories and The New England Journal of History. As an editor, he's directed lines or series for TSR, Inc., Green Knight Publishing, and CDS Books. He's helmed almost a dozen anthologies, some of them not about zombies.

Novels
Brotherhood of the Lost (2006)

Collections
Heart of the Beast (2011)