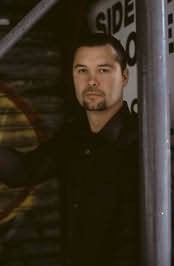 (b.1977)
Will Lavender's New York Times bestselling debut novel, OBEDIENCE, was published by Shaye Areheart Books in February 2008. The novel is a psychological thriller set on a fictional college campus. It has drawn rave reviews from the Wall Street Journal, Salon.com, the New York Times Book Review and many other publications. Will lives in Louisville, Kentucky with his wife and two small children. After receiving an MFA from Bard College in Annandale-on-Hudson, New York, Will returned to Kentucky to teach college writing--a job he held for an amazing six years without going completely mad. Now he writes full-time and is working on a second novel.

Cemetery Girl (2011)
David Bell
"A fast, mean headtrip of a thriller... one of those novels that you cannot shake after it's over. A winner on every level."